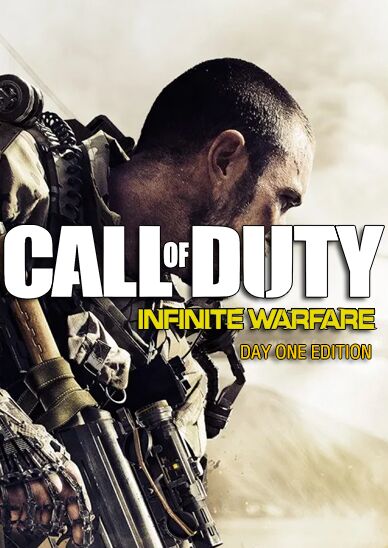 Call of Duty: Infinite Warfare moves the technologically advanced setting known from Advanced Warfare further along. Now set in a distant future, Infinite Warfare takes full advantage of this opportunity.
You will take command of a massive military spacecraft serving as the hub location, pilot a customizable jet-fighter through space battles, use energy weapons and wear advanced battlesuits granting you unique abilities. There is even an robotic companion featuring fully functioning and stable AI. Infinite Warfare gameplay is a complete package for any enthusiast of first-person shooters and science-fiction.

The main character of Call of Duty: Infinite Warfare is Nick Reyes, formerly a Lieutenant of SCAR (Special Combat Air Recon), now a field-promoted Captain of military carrier Retribution and, by extension, the troops stationed aboard it. As some of the last defenses of Earth, they will fight against the forces of fanatical Settlement Defense Front. SetDef is led by Salen Koch, voice-acted by Kit Harrington of the Game of Thrones fame.
The story will be divided into core story missions progressing the plot and numerous optional side missions fleshing out the setting and letting the players visit more locations. The missions will take place across various planets and even asteroids of the Solar System.

Multiplayer classes are based on Combat Rigs. Each rig is a specialized cybernetic suit granting the wearer's powerful abilities as well as weapons and tactics unique to each rig. There are six Rigs available in Infinite Warfare, suited to serve different purposes on the battlefield.

If you need help, please contact customer service by clicking the