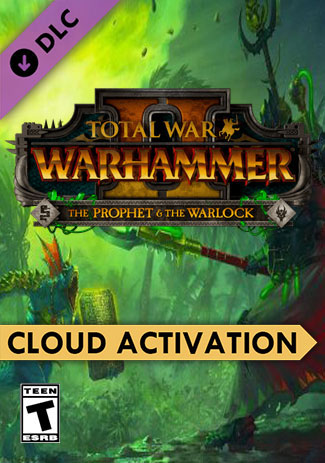 How does the Cloud Activation work?
A key/code is not necessary for the Cloud Activation, we will send you a unique activation link. Click the link in the delivery mail and follow the instructions, your game will be activated automatically on your steam account in seconds.

Why are the games activated automatically?
Automatic activation ensures that your key is valid and has been activated on your account seamlessly. With this functionality our customers are able to activate CD-Keys in a matter of seconds.

I am using the Steam Guard service. How should I deal with that?
If you have your Steam Guard enabled, you will be asked to type in the code sent to you by Steam via email or mobile app.

Buy Total War: WARHAMMER II - The Prophet & The Warlock Cloud Activation and get your activation link within minutes via email! Use the link to access your highspeed download of your received game. Please check the spam or junk mail folder too. Don't miss out this offer!

The Prophet & The Warlock is the latest Lords Pack for Total War: WARHAMMER II. Introducing two rival Legendary Lords from the world of Warhammer Fantasy Battles, each with their own objectives, mechanics, units and playstyle, for use in both the Eye of the Vortex and Mortal Empires campaigns, and custom/multiplayer battles.

The great serpent-god Sotek may sleep, but Tehenauin – his most devoted prophet – does not. The time has come for the foul Skaven to pay the butcher’s bill for their plague-spreading acts, and pay they will – with their very lives! Tehenauin marshals his fellow Red-Crested Skinks: there will be a sacrifice. A vast, crimson sacrifice. Only when the temple-city altars are drenched with Skaven blood will the serpent god become manifest and enact his divine wrath…

But the Skaven do not sit idly by while Tehenauin plans his crusade. Scenting great Warpstone deposits in the jungles of Lustria, the arch Warlock-Engineer Ikit Claw has claimed The Star Tower in the name of Clan Skryre: a staging-post from which to delve deep into the continental interior. With the Forbidden Workshop at his disposal, Ikit Claw will bend the raw stuff of chaos to his twisted designs, forging ever-more ingenious and cataclysmic weapons… and placing the Warlock-Engineer on a collision course with the Prophet of Sotek!

Ikit Claw – like all of Skavenkind – is naturally suspicious, untrusting, untrustworthy and treacherous. His aptitude for science and invention is unrivalled, but as well as being the greatest Skaven Warlock Engineer of all time, Ikit Claw has also developed an awesome command of the Winds of Magic. His exceptional scientific knowledge and magical powers have made him indispensable to the Council of Thirteen.

In his quest for destruction, Ikit seeks to realise his grandest design – the mighty Doomsphere – and he will stop at nothing to unleash it upon the world…

Tehenhauin, a Red Crested Skink, emerged as the charismatic Prophet of Sotek after a devastating plague was spread across Lustria by Clan Pestilens. As he led a migration out of the defiled city of Chaqua where the disease began, he prophesised the coming of the Serpent-God and rallied the surviving population of Lizardmen to join his counterattack. As Sotek’s cult grew, so too did the Prophet’s following, and for many years Tehenhauin led his apostles to many victories, slaughtering countless captives as sacrificial offerings in the hope that their spilt blood would bring forth the Serpent-God himself. 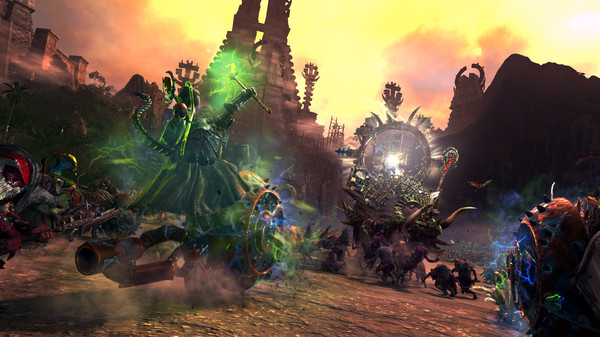